Lactoferrin is a protein that naturally exists in our bodies. It is used in the nutrition sector in products targeted at infant nutrition and food supplements. Lactoferrin has also been introduced in the health and beauty sectors. And more recently, research has indicated opportunities for new practical applications.

LACTOFERRIN: A DIFFERENT KIND OF PROTEIN

A glycoprotein in the transferrin family

Lactoferrin is a protein that naturally exists in our bodies. It is found in most secretions our bodies release such as milk, saliva and tears. We also find them in the secondary granules present in neutrophils. This glycoprotein from the transferrin family has an extremely high affinity for iron. It is composed of a single, bilobed polypeptide chain with each lobe having a binding site for iron. In normal physiological conditions, lactoferrin has a low iron saturation level observed at about 10%.

You wish to learn more about lactoferrin, discover our article What is lactoferrin

A popular protein in the nutrition and health sectors

Lactoferrin is increasingly in demand thanks to its nutritional value. This (intact) protein consists of no less than 696 amino acids with an abundance of basic (positively charged) amino acids. In 2001, the US FDA (Food and Drug Administration) recognised cow’s milk-derived lactoferrin as a GRAS ingredient (Generally Recognised As Safe) for sports nutrition and functional foods, and in 2014, the agency attributed the same definition to lactoferrin used in infant formulas and dairy products. In Europe, cow’s milk-derived lactoferrin was approved as a novel food for use in several different foodstuff categories, including infant formulas and dairy products.

THE MANY PRACTICAL USES FOR LACTOFERRIN

Since lactoferrin is naturally found in the milk of all mammals (number 2 among the major proteins in a mother’s milk), infant formulas fortified with bovine lactoferrin are well tolerated by babies. In Europe and China, lactoferrin supplementation in reconstituted infant formulas (ready-to-use) is authorised at a level of 1 g/L.

This glycoprotein helps boost the immune system of newborns. Lactoferrin may also trigger the well-known protective effects of breast-feeding, making newborn babies more resistant to pathogens. That’s why for years we have seen lactoferrin-fortified infant formulas, especially in Asian countries, but also in the United States and Europe.

Other uses for lactoferrin

Infant nutrition is the primary market for practical lactoferrin applications.  However, other sectors make use of the nutritional and functional properties of this protein.

Lactoferrin is widely used as a dietary supplement. In particular as an immunomodulator. Although its actions are not yet clearly understood, we do know that it boosts immune response. Two studies conducted on healthy volunteers showed that consuming cow’s milk-derived lactoferrin has positive immunomodulatory effects (depending on the initial profile of the volunteer's immune system). The results suggest that cow’s milk-derived lactoferrin may be used clinically to improve the immune status of patients and may even play a role in activating their immune response. Lactoferrin supplements currently being sold already contain a level of purity reaching 96%.

Lactoferrin is also used in the cosmetics sector

It can be found in a number of beauty products including make-up and hair, face and body care items. For instance, its antibacterial properties mean it’s a highly sought-after ingredient in cleansers. It is also used in hairspray formulas for hydrating and smoothing hair. Lactoferrin also stimulates skin metabolism and has an anti-ageing effect due to its antioxidant properties which capture free radicals.

The oral hygiene sector also makes use of lactoferrin

Lactoferrin has a strong affinity for iron, helping it to act as a bacteriostatic agent. It actually reduces the quantity of freely available ferric ions, inhibiting the development of certain bacteria and related problems such as bad breath, dental caries and tartar. 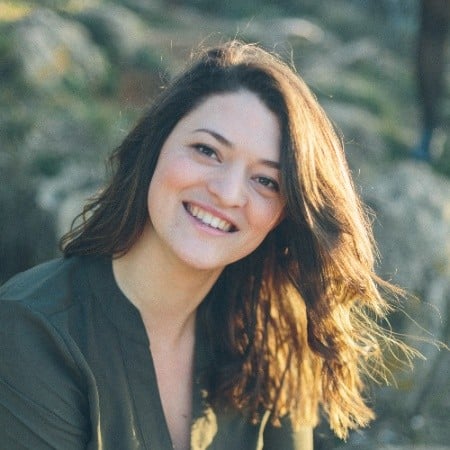 About the author Marine Calbrix

Marine is product manager for Armor Proteines brand. She builds and manages brand marketing and communication strategies. She is keen on innovation and project management, two topics on which she uses her coordination skills at Armor Proteines.

The sports nutrition market: an opportunity for brands and manufacturers!